Memories of a Heritage Guide by Joan Darwent

Croxteth Hall Heritage Volunteer Guide, Joan Darwent, reflects on her time helping out here at the former stately home of the Earls of Sefton…

After I retired from teaching, I wanted to get involved in some voluntary activity, so when the opportunity to help with Victorian Christmas in Croxteth Hall presented itself, I readily agreed.

During the four weeks leading up to the Christmas holidays, primary school children would come for a half-day session to role play as servants in the Hall. They would come suitably dressed for whichever role they were to undertake. Kitchen maids, housemaids, footmen, gardeners, stable hands and wood boys.

As the year was circa 1896, the roles were defined according to gender; girls played maid roles, boys played footmen and outdoor workers – the only exception being the “guests”, a mixed group dressed in fine clothes, who would be kept busy with handwriting and suitable crafts by the governess. 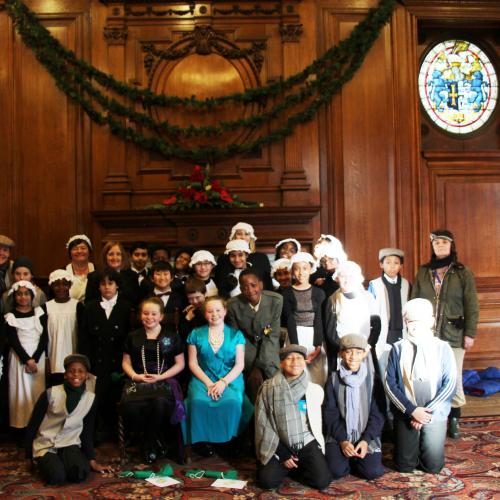 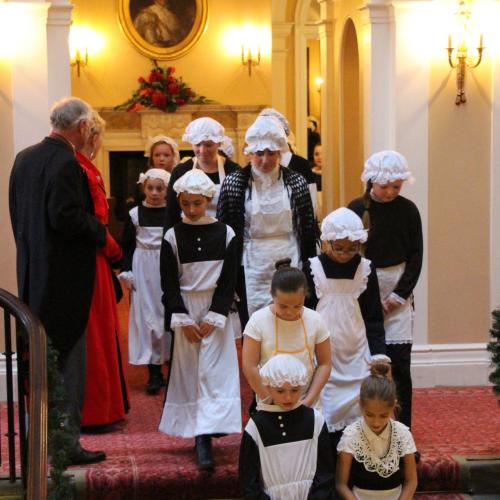 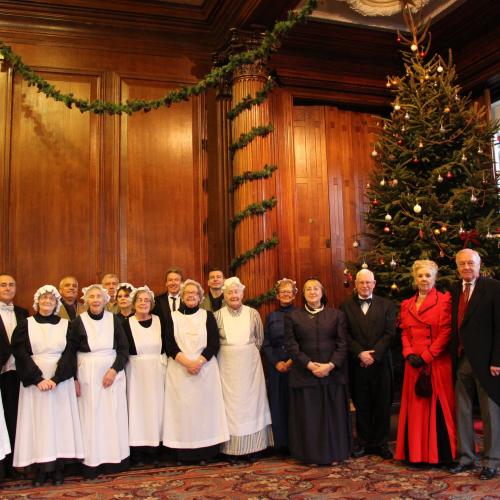 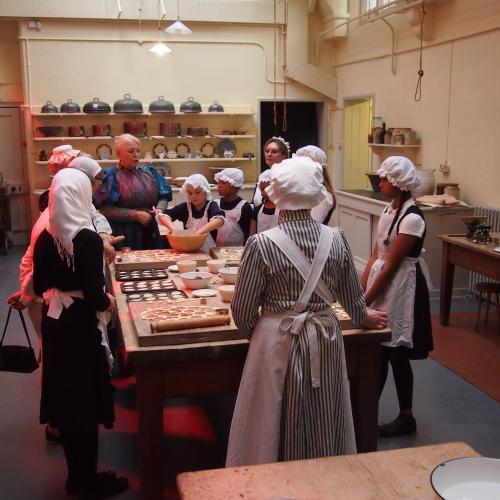 Pictured above: An example of one of many Victorian Christmases to have taken place at Croxteth Hall,

these images were taken back in 2017. Click on the images to enlarge and scroll through.

I was to help in the kitchen, supervising truffle making or baking. “Cook” would instruct the maids as to behaviour, chores and daily routine. Sleeping arrangements consisted of a shared room in the attic with half a candle a week. Pay was £10 a year and time off, just half a day per month. As it was supposed to be 1896, everyone spoke and acted in a manner suited to the time. The children soon caught on and joined in, thoroughly enjoying the role-playing experience. The session ended with the “staff” Christmas party in the old dining room.

The Christmas activities led on to me being invited to join the guides on Sunday afternoons to talk to visitors. As anew recruit, I shadowed a more experienced guide until I became familiar with a particular room before moving on. The folder providing detailed information on each room proved to be an invaluable aid.

The rooms were set out to depict a specific time of day, with mannequins dressed as members of the Molyneux family chatting about their activities. My favourite place was the card room. There are family portraits of the family who lived here in the 18th century. I enjoyed explaining who was who. The 4th Viscount had been the constable of Liverpool Castle and it was he who built the imposing Queen Anne wing in the early part of the 18th century. 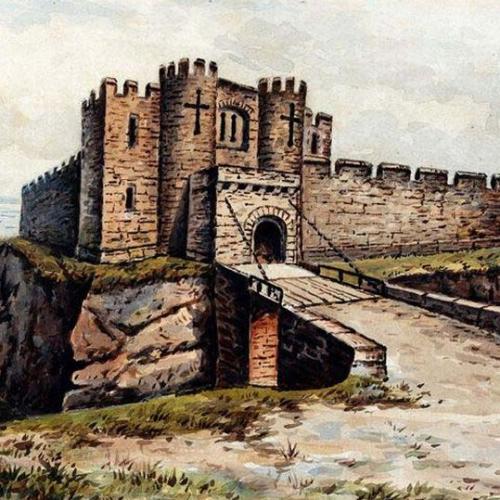 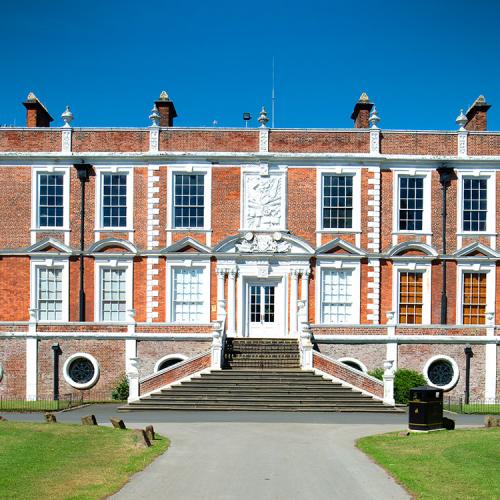 The 4th Viscount of Sefton had been the constable of Liverpool Castle (pictured left – image courtesy of Liverpool Record Office), while he also added the imposing Queen Anne Wing to Croxteth Hall during the early 18th century.

The family during that period had many fascinating characters. I am especially interested in the 7th Viscount, who was a Jesuit priest and gave up the title to his nephew, Charles Philip, who had changed his faith from Catholic to Anglican and was subsequently made first Earl of Sefton.

Over the years, I have found being a guide very pleasurable. The extent of people’s knowledge and interest never fails to impress me. The satisfaction of helping to keep the legacy of Croxteth Hall alive will be a wonderful lasting memory. Let us hope more volunteers may come forward to carry on this valuable work.

This blog forms part of the ‘Memories of a Heritage Guide’ blog series. Joan’s fellow Heritage Volunteer Guide, Maureen Lavelle, reflects on her time at Croxteth Hall, and how she was inspired to write about the Chef to the last Earl here: www.croxteth-hall.co.uk/memories-of-a-heritage-guide-maureen-lavelle.

Find out more about Croxteth Hall Heritage Volunteers and other volunteer groups via this page.

Back to news articles